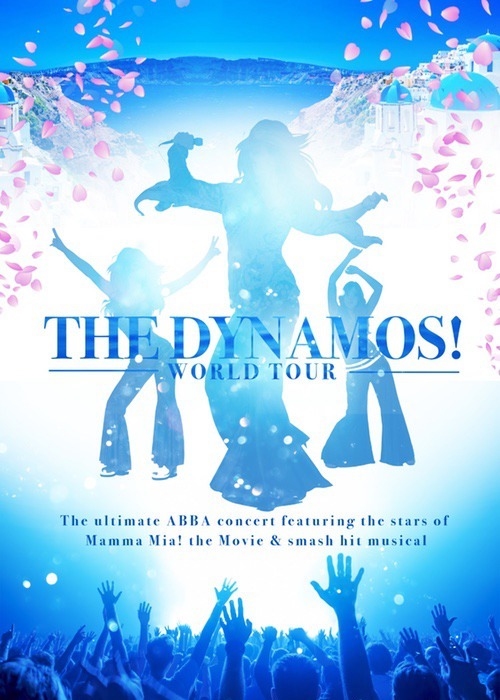 The Dynamos World Tour concert pays tribute to the all star Swedish pop group ABBA who became one of the most commercially successful acts in the history of popular music, topping the charts worldwide from 1974 to 1982.

Come with us on a journey back to Greece where you will dance the night away to hit after hit and we will promise to always leave you feeling like you've attended the best party in town.

Join this incredible cast of performers who have appeared in Londons West End Production and international tours of the smash hit musical MAMMA MIA.

Get ready to hear all the hits including  "Super Trouper", "Lay All Your Love on Me", "Dancing Queen", "Knowing Me, Knowing You", "Take a Chance on Me", "Thank You for the Music", "Money, Money, Money", "The Winner Takes It All", "Voulez-Vous", "SOS"